Chocolate meets Salt and typical Liquor of Salsomaggiore: this is how De.C.O. chocolates and pralines are born 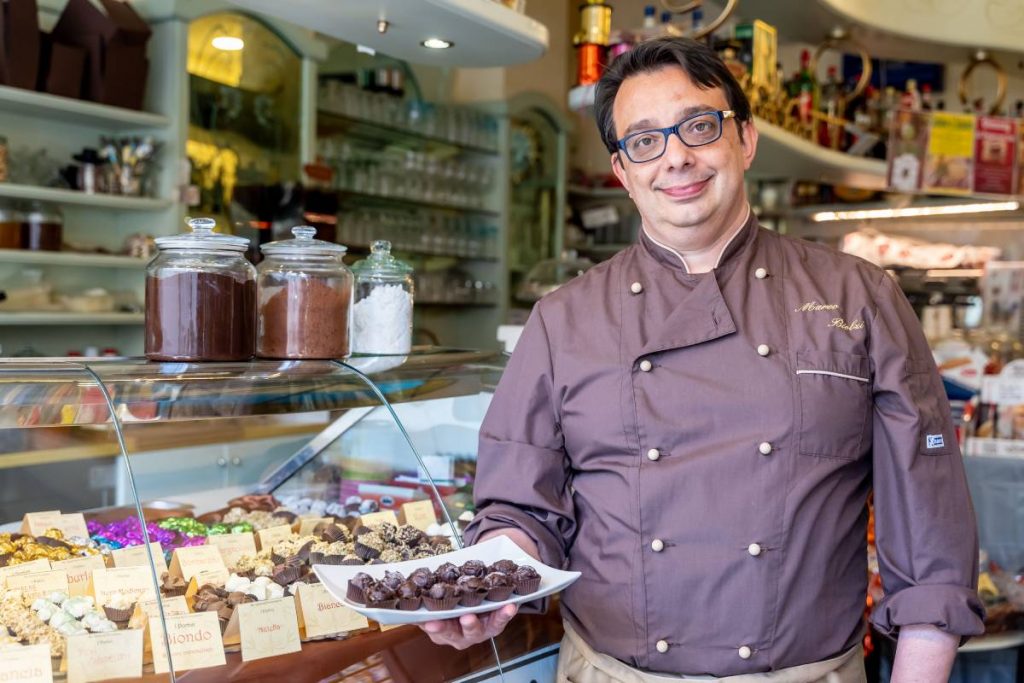 It can happen that random events such as watching a movie and chatting with a client end up being the engine of a very sweet story.

This is the case of Marco Biolzi who, in 2000, inspired by “Chocolat” by Lasse Hallström, felt the vocation of the production of artisanal chocolate knocking strongly at his door.

When a patron of the Bar ‘I Portici’ suggested him to try the combination with Bargnolino, Nocino, Sbùrlon and Maria Luigia – produced by the local liquore store Colombo – his imagination gave life to the typical Pralines of Salsomaggiore Terme characteristic to deserve the De.CO territorial certification mark.

A destiny shared by the Salsomaggiore Terme Salt Chocolate, which the pastry chef from Salsomaggiore created by exploiting the contrast between dark chocolate and the crystals of the impalpable salt of Salsomaggiore Terme, obtained from the salsobromoiodic waters that flow 700 meters below the ground.