Four steps along the tracks of history…

Salsomaggiore had already planned to build a railway to connect Borgo San Donnino and the Thermal building in the late 19th century.

The “Pheonix” was the first steam locomotive and reached the terminal in1890 with 2 passenger wagons and one freight car. The tramway had first-class, second-class and third-class wagons and ran at a maximum speed of 18 km/h. The locomotive was running fourteen times a day from Salsomaggiore to Fidenza and back coinciding with the principal train lines of northern Italy.

Designed by the engineer Cervi, who took his inspiration from Milan’s central station, the new station was inaugurated in 1937. The new railway didn’t run alongside Viale Matteotti anymore but crossed the countryside.

Cervi adopted the latest technical solutions (such as the elevator connecting the first floor to the platform) and provided the station with a garden, four platforms and a freight yard.

The entire building is clad in pink and white travertine, with large arched windows adorning both the front and rear facades, corresponding to the entrance and the platform side. Inside, the atrium features a large coffered ceiling in Art Deco style and the four lunettes depicted by Giulio Rufa illustrate the thermal history of Salsomaggiore from the Roman times, through the Farnese and Maria Luigia era until modern times; countless decorative elements allude to the theme of water, including a fountain with five spouts on the railway platform. The building currently houses the Municipal Police station. 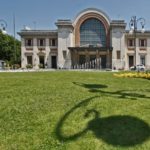 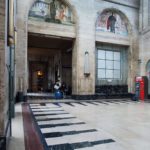 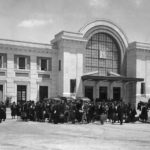 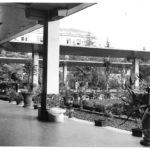 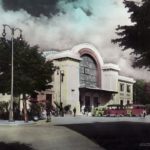 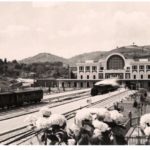 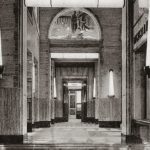 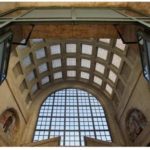 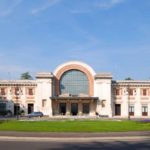 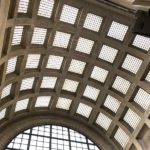 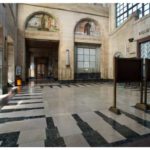