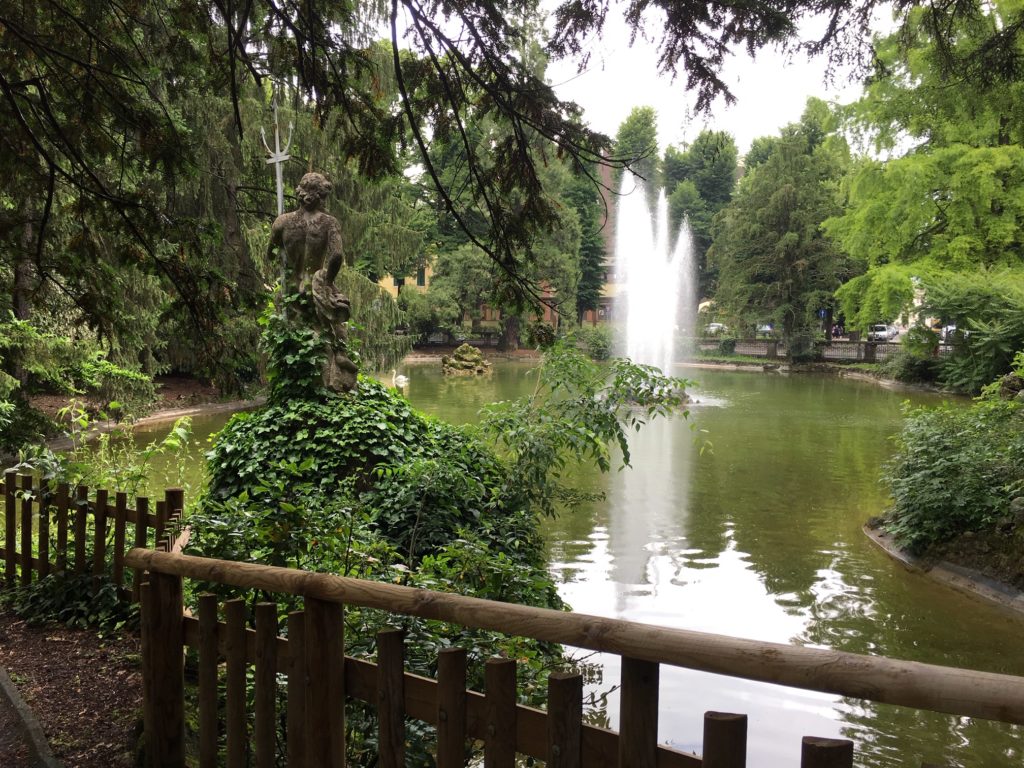 The botanic route through the centre of Salsomaggiore lets you discover 38 of the most prized tree species to be found in the historical urban garden. All the trees included in the route are identified with explanatory plaques.

Mazzini Park is a historical urban garden dating back to the start of the 20th century. Located in the heart of the town, it was designed by the landscape architect, Giuseppe Roda.The park has the structure of a traditional Italian garden with a pond, panoramic kiosk and secular trees. In 1925, the pond and oriental-style kiosk provided the backdrop to a performance of “Madam Butterfly”, in tribute to Giacomo Puccini who had died the previous year.

The route meanders through leafy urban spaces and highlights the town’s precious arboreal heritage. The park’s flora consists of a large variety of ornamental species, with plants often arranged in order to enhance their particular growth habit and aesthetic purpose. Many of the trees date back to when the park was originally planted out in 1913, including: the giant Sequoia with which the route begins, one of the biggest trees (diameter 150 cm); equally impressive is the Atlas Cedar, of the Glauca variety, which stands tall and proud in the nearby flowerbed, with its beautiful, silvery foliage and its mighty trunk that is more than a metre across. In the same area, but closer to the Italian garden, stands a group of six large Himalayan Cedars, very similar in size and grandeur. The park also features: rows of Lime trees, an attractive group of Plane trees, plus fine specimens of Caucasian Fir, Spanish Fir and Greek Fir.

To one side of the Zoja Thermal Spa pavilion stands a solitary specimen of American Sweetgum, plus a cluster of Judas Trees and a row of Pine trees, while on the opposite side the slope is covered with pre-existing plants, including a group of Incense Cedars, a Glauca Cedar and a pair of Sessile Oaks. The trees that provide welcome shade in the children’s playground area and the mini golf also include impressive specimens of Plane and Cedar. The Mazzini Park is council-owned green space. The access point affording the best view over the leafy town park is in Lungoparco Mazzini, at the northern end of the green space next to the lake. For a sweeping view of the park from a good vantage point, follow the little paths that lead off from the sides of the Zoja Thermal Spa building.