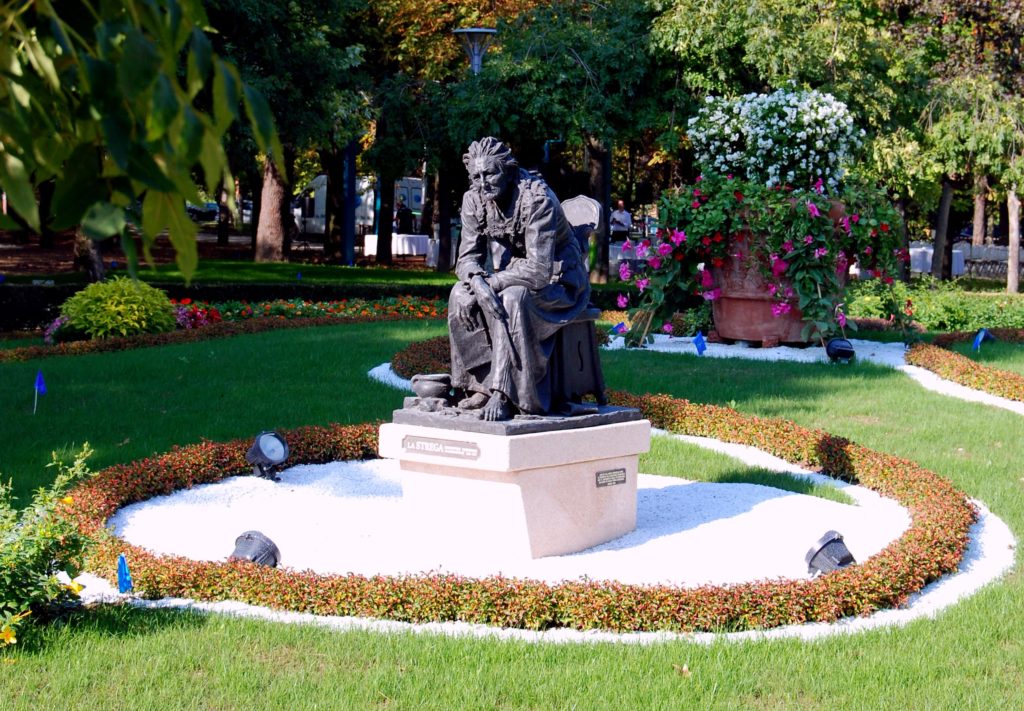 Before being turned into a lush park flanking the popular promenade of Viale Romagnosi, the area was an expanse of lawn used as a drying green by the adjacent Dalla Rosa thermal spa complex (which no longer exists) for their bath sheets and towels. Renovated in 2007, today the park is home to “The Witch” (La Strega), a work by Cristoforo Marzaroli that depicts an old lady sitting on a chair, leaning forward with her elbows resting on her knees. A number of elements indicate that she is probably a witch or a sorceress: a wand and the book she is holding in her hands, plus a toad, a snake and a cauldron at her feet. Initially made in plaster (the original is now housed in the plaster casts gallery of the Paolo Toschi Art Institute in Parma), it can now be admired by the entire town thanks to the “Marzaroli Committee”, which commissioned the sculptor Gianantonio Cristalli to produce a copy in bronze. The statue was cast using the lost wax method at the Caggiati Foundry in Colorno. Its installation in the centre of the park and the subsequent unveiling took place in March 2006. 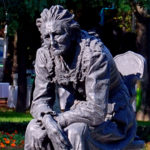