“Nostalgia” is the most important sculpture in Salsomaggiore and it’s considered the Cristoforo Marzaroli’s absolute masterpiece. 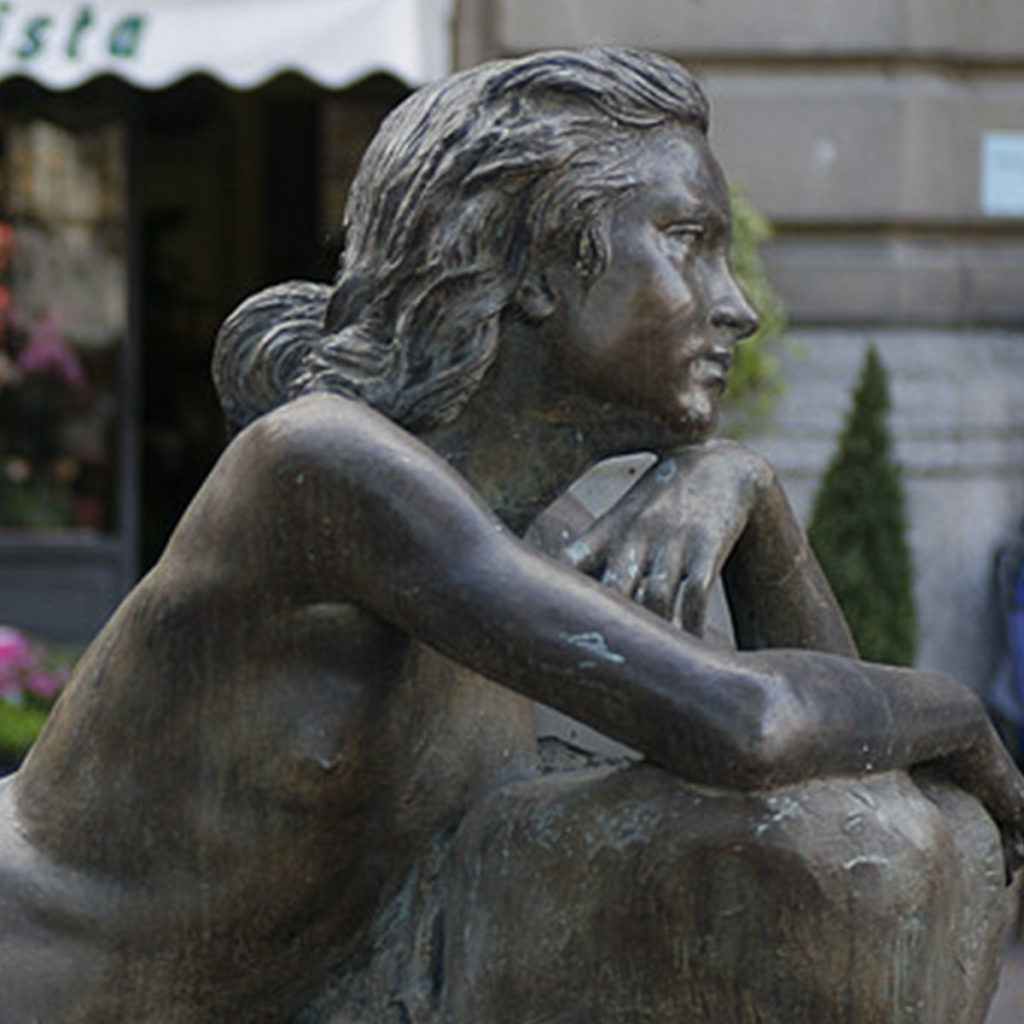 Created by Cristoforo Marzaroli between 1864 and 1865, the bronze statue depicts a delicate young female figure who appears pensive and wistful, a masterpiece of anatomical realism and academicism replete with romantic sensibility. After its unveiling in Florence in 1865, “Nostalgia” was exhibited to great acclaim at the Universal Exposition in Paris. At the First National Artistic Congress held in Parma in 1870, it was awarded the gold medal.